Got these photos from Pat McManus who served in B Coy in the Coastguard Station and was a contemporary of Peter Campbell. The motor bike photo is of Pat in Waterford and the other may be Kilkenny 1965 with left to right Liam ??, Charlie O’Driscoll ,??, Pat McManus 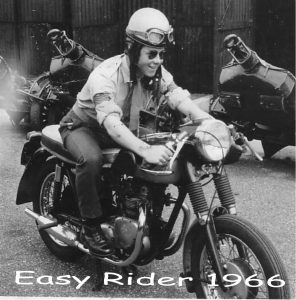 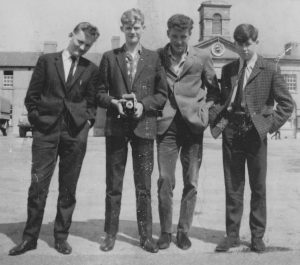 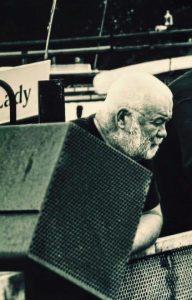 Whereas the rest of Ireland had various Gatherings in 2013 B Coy decided to have theirs in 2014 – an extended gathering if you will. Some photos of the event supplied by Gav. 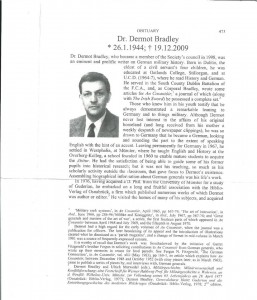 END_OF_DOCUMENT_TOKEN_TO_BE_REPLACED

The previous header photograph was of site admin Mick O’Toole on the range in Kilpeddar, although it may not have been obvious who it was.

However members of the 21st Bn from certain years will have no difficulty recognising the new poster boy from his profile alone! 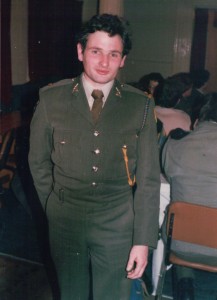 Like many before and after me my first formal introduction to the FCA was a visit by two recruiting personnel to my School. It was October 1968 and I had just completed my Intermediate Certificate and moved into 5th Year in St Michael’s CBS, Eblana Avenue, Dun Laoghaire. While I had seen people in Uniforms before at Corpus Christi processions etc I had never thought about the FCA or anything to do with the Army.

END_OF_DOCUMENT_TOKEN_TO_BE_REPLACED

Think about the sort of thing you might say to someone in the mess with a few pints on board.

I will have to keep a eye out here for any libel maybe even have to get legal council to look over all posts, over the years I am sure we have collected a sufficient number of “barrack room lawyers” to get a solid opinion.

Add posts here with stories from the past, like “My first camp”, “How I learned to love foot drill” etc.

My brother Conor died suddenly on 27th July 2012. Like our Dad, and his brothers Michael and Brian, he joined B Coy, 21 Bn. I gathered a selection of photos for his family and these are the ones from his … Continue reading →