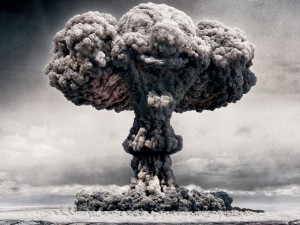 The Observer Corps was the Irish Army’s unit for mitigation and preparedness in the event of nuclear war, and Observer Corps training for FCA personnel was carried out during annual camp in Tralee in 1987. Like all matters military in the FCA some people took it very seriously indeed, and there was one particular participant that year who we felt deserved special recognition for his dedication. 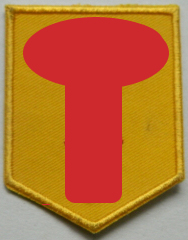 We had a special shoulder flash made up, based on the Eastern Command flash and after prize-giving on the last Friday of Camp the parade was marched off the square and around the back of the accommodation blocks where the special presentation was made. The recipient was called by name, and marched out in front of the assembled parade and was issued with his flash, which was pinned over his command flash. He seemed to take it in the spirit of fun it was intended. 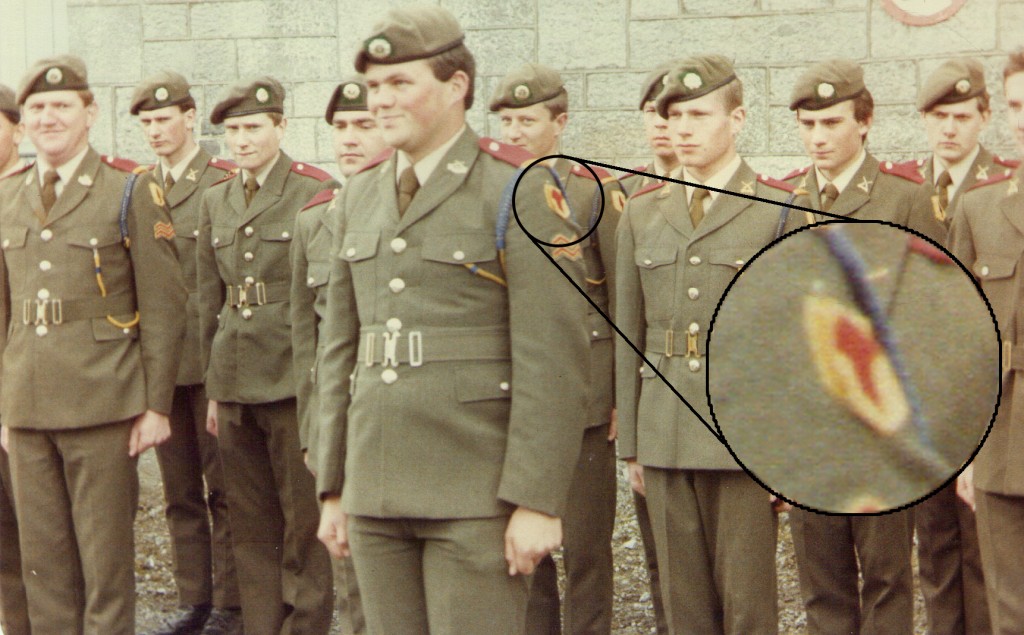 Lots of people including Kevin Connolly trying not to laugh. Even Cpl Chernobyl is trying to stifle his giggles.

One day at home, I received a letter appointing me as the Atomic Air Raid warden for the Sallynoggin area, and inviting me to attend training in the Coastguard Station every Monday night. The letter was typed and began “As a citizen whose loyalty to the State is un-questioned…” and it was addressed from Parkgate Street. I was incensed that someone had used my membership of the FCA to take such an outright liberty with my free time. I was ranting and raving about this as I brought the letter to the attention of my brother, and it was only as I read on to the second page, where there was a list of the equipment I would be required to carry, that I realized Brian may have had some part in its drafting.

Equipment to be carried by Atomic air raid warden